For All My Single #Catholic Ladies Who Are Looking #sgp #tcot 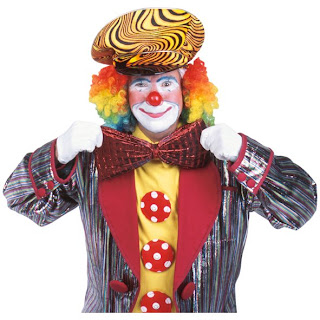 This is a broadcast message to any single woman who is looking for her own "Mr. Right." I just read an article and thought, "This could save many a single woman's frustration." I know I had reached a point in my late 20's when I started to realize my dating approach had to change. One of the books that helped me the most was Smart Women, Foolish Choices by Connell Cowan and Melvin Kinder. The article I read today is linked below.

It's not uncommon to hear that a single woman wants: 1) A handsome man, at least hot enough to make her heart race 2) A financially stable man 3) Ambitious 4) Charming 5) Great cook 6) Sensitive and caring 7) Devout (if seeking a religious guy) 8) Totally focused on pleasing her. A single woman can overlook the fact that if a man is the senior V.P. of some mega-corporation, he most likely isn't going to be the sensitive guy who will think of her needs. In fact, the guy often will be a workaholic.

High expectations can blind a single woman to the many great single guys that are out there. By the time I was 38, I had reached a point where I was open to meeting anyone and going out on a second date if they asked. I was open to dating a guy who was shorter than me, bald, or drove an old car. I simply wanted to find someone whom I could love, who would love me, and shared similar goals. I finally met him when I was 39 years old.

My husband already knows this, but for some reason, I had envisioned myself marrying a "man's man" kind of guy. You know the type. Into beer and football. Loud. Big and burly. My husband is none of those things. (For instance, he couldn't care less about watching the Super Bowl.) But my husband is amazing in so many other ways. Although he is tall and thin, he is sweet and kind, tender, and full of curiosity about life. He is truly God's gift to me.

I am surprised by how many women "just know" on the first date that a guy isn't the right one for them. If you think about it, first dates are stressful. There is the hopefulness mixed in with the cynicism of all the other first dates that didn't go well. If I had been holding such expectations, I would have missed out on my wonderful man. On our first date, he was very talkative. Now being talkative is one of his traits, but he was especially talkative during the first time we met.

I could have dismissed him entirely and chalked it up to another failed first date. However, Mickey and I had been corresponding by email and I admired his writing skills. Plus, I could see that he had a warm, sensitive heart and the soul of an artist. I was intrigued enough to listen and learn. I am so glad I did.

When I coached single women years ago, I remember how often this would be a thorn in some women's sides. They would complain that all the man did on the first date was talk about himself. I pointed out a few things. First, men realize they have just one shot to impress a woman. (If he's indeed interested in her.) and is trying to place himself in the most positive light possible. The other consideration is the old "men are from Mars, women from Venus" conundrum. Men are commonly found not listening to women when they talk, so why should it be different on the first date? My advice: if a man talked constantly about himself on the first date, whenever there was a pause, say, "Wow. You've led an interesting life so far! Now, what would you like to know about me?" It's direct, yes, but that is usually a good way to shift the conversation and it cannot be overlooked.

Since we're coming close to Valentine's Day, and I remember all too well as a single woman how much I hated that holiday, I may revisit this topic during the week. Meanwhile, here is an excellent article about how women can stop sabotaging her attempts to find love: 7 Mistakes Single Women Make.
by Mary Rose at 2:49 PM

Email ThisBlogThis!Share to TwitterShare to FacebookShare to Pinterest
Labels: Singlehood and the Faith