John Corapi and Why I'm More Anti-Super Hero Than Ever 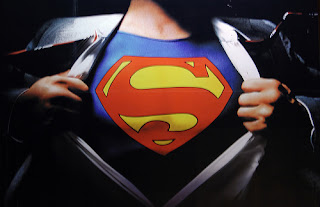 As much as I would like to agree with you I can not. The situation with John Corapi is horrible, BUT the response of Fr. Corapi is wrong. He is choosing to not be obedient!He took a vow of obedience. Right, wrong or indifferent he abandoned his priestly life and has turned his back on the Church he proclaimed to love! - By bgualteros on "My Heart Is Saddened, But I Understand: Fr. Corapi Leaving Priesthood"

Fr. Corapi, as a priest was dynamic and inspiring. Mr. Corapi, as an entrepreneur is just another person looking to promote his own agenda. I am saddened that he didn't learn the lesson of humility, and when I saw his video of himself, with his black goatee and Harley Davidson leather jacket, I was repulsed by the image. I pray for him to put God first in his life. Sometimes the mighty have to fall hard.