What I Love About Catholicism: Balance and Priorities 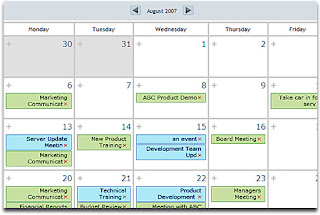 Years ago, a friend of mine shared the story of a Vineyard staff member approaching a senior pastor to ask if their work week could be shortened to 40 hours instead of the usual 50+. The senior pastor denied the request, claiming that if one were a pastor, they were expected to put in such hours.

I remember feeling perplexed by such beliefs. It was one thing for a business to expect their senior staff to put in more than a 40-hour work week, but in the ministry? Really, what major life-changing events happened on a daily basis, preventing someone from being home with their family?

It struck me as ironic that many "mega-churches" preach the importance of family and relationship but yet seem to do everything to undermine that message for their staff. There are endless meetings, committees, outreaches, weekend services, Wednesday night services, weekly Bible studies and classes, worship team practice, children, teen, and college ministry - and on, and on, and on.

I am not claiming that all this busyness only occurs within non-Catholic churches and not a Catholic parish. I've known a few parishes that have had activities, but I've not known one that has the level of busyness of a mega-church. This is also my argument for why I think it's a good idea for priests to remain unmarried. Can you imagine tending to the business of the parish during the day and then being called night or day to deliver last rites or say Mass for a funeral? (To say nothing of baptisms and weddings.) A priest is just as busy but the difference is - he doesn't have a family expecting his attention when he gets home.

There is something real about Catholics, especially Catholic leaders. I've now been back in the Church for almost a year and I'm amazed by all the differences I've noticed in the way Catholics live. There is none of the "rushrushrush" I sensed when I was attending non-denominational churches. There is also more authenticity in a Catholic's life. Catholics are pretty much a "what-you-see-is-what-you-get" lot. There's not a whole lot of pretending because for the most part, they agree they're wretched sinners and if they make it to purgatory by the thin thread of their rosary, they'll count themselves amazingly blessed by God's mercy.

There is no taking anything for granted, and perhaps that is what marks a Catholic with a rare humility that is genuine. As I've stated before, few things bless me more than to witness a Catholic family with their children, learning how to conduct themselves during Mass . When I see these families, it reminds me that Catholicism cherishes the family. The Church does everything she can to encourage and support them. From the pre-Cana wedding preparation classes, to the pro-life movement, to Catholic grade schools, to an emphasis on family devotions - the Catholic Church not only talks the talk, but walks the walk when it comes to real priorities.

Unfortunately, I've witnessed many a "P.K." (Preacher's Kid) who drifted from the faith of their parents because there was no balance in their homes. Either their father or mother (or both) were so focused on serving the church that they never truly lived out their vocation as a parent, or they dragged their kid to every church event under the sun, using church activity as a surrogate mother. When I make these statements, I am not saying that every non-Catholic church leader is like this. I can only vouch for the ones I've observed. Plus, when I was an academic advisor/pastor, I spoke to many young people and some of them came from a home where one parent or both were spiritual leaders in their church. It was a bit sad to see that many of them had not received the normal attention any child craves while growing up.

It's a dichotomy. Catholics put forth more effort into their faith than any other group of Christians I've seen. But yet they don't take themselves too seriously. On the other hand, I've seen some non-denominational churches do the exact opposite - put less effort in their faith but took themselves way, way too seriously.
by Mary Rose at 7:49 PM

Catholicism sees marriage as a sacrament, and sees our daily life as a path to sanctity. That's how we get our balance. Without the belief in vocation you can spend yourself doing "God's work" all day, neglect everything and everyone, and feel justified

Years ago I read a quote that went something like this: "we can also find God in the pots and pans." My own husband even said once: "you know, you don't HAVE to go to EVERYthing they put on at the parish." My friend calls the husbands of those late middle-aged women who go to every thing at church "church widowers." Balance is good and our priest not only expects it, he demands it.