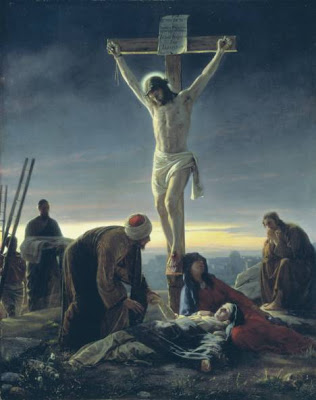 Have you ever looked at a teenager (who wasn't yours), and wished you could have a "heart-to-heart" with them? It may have been with a group of thirteen-year girls, smoking outside of a mall. It could have been the young man who already looks like he's on his way to a criminal lifestyle. Or maybe it was two fifteen-year old girls at Mass who could not stop whispering, playing "Rock, Scissors, Hand" or checking out everyone else at Mass, especially noticing the cute boys.

It is to the latter that I write this letter.

First, I would like to congratulate you on being at Mass. You were with your parents and I know at your age, there are about a gazillion things you'd rather be doing than hanging out with your parents at church on a Sunday morning. I'm not sure if there is any chance you'd be able to not attend Mass; but you were there, all the same. There is grace in your life, even if you do not recognize it.

I remember being your age and feeling as though the Mass was about as interesting as a lint ball. The same words, the same gestures, the same postures - over and over again. I was deadened to the liturgy, and one reason was because no one really explained the wondrous things that were occurring as I sat, stood, and knelt throughout an hour's time. I won't pretend to be able to express the meaning of the liturgy fully, but do hope to present a few considerations that will perhaps shift your perspective.

You are living in an entertainment-saturated world - much more so than when I was your age. When I was a teen, we had TV and movies in the theater. That was it. No cable. No computers. No YouTube. Not even VCRs (those came a little later). My entertainment was either seen on TV or by heading to the local cinema on a Saturday night. I almost wish it were the same for you.

Having a limited amount of choices for entertainment forced me to find other things that interested me, such as books, bicycle rides, listening to music, and getting together with friends. However, you are faced with a plethora of entertainment options. So many, that it's difficult to focus. If it's not following someone on YouTube, it's your cell phone. If it's not texting someone, it's flipping through the hundreds of channels on cable. If it's not that, it's heading back to the computer to watch a favorite TV episode on Hulu. Your life revolves around the computer, with all of its nano-second changes and updates, somehow making you feel that if you're not hooked into something electronic 16 hours a day - you're missing out.

Where is there time for reflection in your life? Do you have a "pause button" and if so, do you know how to use it?

Treating the Holy Sacrifice of the Mass as an "event" as though you were attending a high-school play would be misguided and more importantly, rob you of something your soul desperately needs. We live in a consumer-driven society. It is tempting to view Mass as a performance. But the way the world defines performance is in direct opposition to what occurs during Mass. The world sits back and says, "Entertain me." During the Mass, we as the Body of Christ, say "Remember Him." The focus isn't on ourselves, but on our Lord and Savior Jesus Christ. The Mass isn't about us, but about Him. What happens to us when we adore Him, love Him, and dwell upon His sacrifice is a miracle.

There is a transaction of the soul that occurs during Mass. This can only happen if one is intent upon the liturgy. Our Father in heaven beckons us to come to the banquet table. His Son has invited us to partake of a holy event. Yes, I know it's tough to think of it as holy when you're sitting across from a drooling baby or notice your most annoying teacher is sitting in the front pew - but think for a moment. Why do we celebrate Mass? To remember by participating with the priest as he re-presents the most awesome sacrifice the world has ever seen.

This sacrifice is so holy that the devil has tried a million ways to either destroy it, or minimize its importance. There will always be distractions because the last thing the devil wants is for you to focus on what's going on. There is a spiritual battle raging that most likely, you are unaware of. Because the moment you start to focus on what's happening is the moment your soul is touched - the fingerprint of God has been laid upon your soul. And now your world has shifted. As you ponder the great mysteries of our faith, everything else starts to pale in comparison.

The Catholic Church has this lovely little sacrament called Reconciliation. I still call it confession because that's what I knew it as when I was younger. But it offers us the opportunity to come clean, to confess our sins so that when we receive the Body and Blood of Jesus Christ, we're contrite in spirit. We know we messed up but amazingly, God still loves us. As long as we keep going to confession, keeping the sacraments, and attending Mass - our Creator will help us in life.

When we remember, and partake of the Holy Eucharist, our soul is fed. Some mock the Catholic belief of the Real Presence but think about this: we all consume something in life. Either we consume shallow entertainment or deluded philosophies or lies from the devil. (And there are many, for instance: anorexic is beautiful.) Tell me this - do any of those bring life to you? Do any of them free you? Or are you running around in bondage to what others think, whether you have the hippest clothing or coolest social life?

The Mass isn't "cool" because cool depends on other people's opinion of you. The phrase doesn't even come close to being worthy of describing Mass. There are deeper, more profound things than collecting the opinions of others and the Mass breaks it all down. It's just you and God. He is wanting your attention, your participation, your mind, body, and spirit all present and accounted for. He has some amazing things to share with you but only if you can leave the world at the door of your church and block out everything else. Close your eyes if you must to help you focus.

Because if you do, I can promise you that He will give you something far more precious than anything you have ever dreamed about. He will get right to the core of your being, wrap His arms around you, and show you that everything - Nazareth, Cana, Gethsemane, Golgotha - happened so that two thousand years later, you'd know He came for you, too.

Can our busy lives be paused for one hour as a community, once a week to remember and receive? I think so. I hope so. Because this world will never be able to fill our souls the way our souls were created to be filled. Only God can do that and the place He has chosen to do this, is at Mass. Respect the sacred.

Trying to get through to uncaring youth is the hardest thing to do. If only parents would teach them everything you have just written about. Oh, wait, I guess that means the parents would have to understand it too.

I would often be surprised at what teen-age girls thought was appropriate dress for Mass, and would offer up an extra prayer for them. I was glad they were in church, I just wish they had clothes on...

I am asking for prayers from your readers, as there has been a wave of really ugly anti-catholic activity in our small community...my 5 school-age children, are the only catholics in their school, and have been hearing a lot of well, at least i am not a catholic the past 3 weeks.

I stumbled across your blog earlier this week - I don't remember how I found it - but I've enjoyed what I've read so far and plan on visiting your blog often.

I have 6 teenage girls at present & sorry to say they would find your little talk patronising! Far better to shut your eyes & pray for them..from Jackie mom of 8 daughters!

Shirley, I agree. And parents have quite the challenge with instilling a sense of the sacred in a profane world.

Kimberly, my father has remarked upon this same issue. My opinioin is that any change will have to come from what I call the "Titus Women." Wise counsel. (Titus 2:1-5) Your situation will be in my prayers.

Cecilia, thank you! I really appreciate you visiting my blog. Bless you.

Catholic Mom of 10, God bless you for your beautiful, large family. My words were written in love. Would you elaborate on the patronizing part? Is it patronizing to teach our younger people that there is a time and place for the sacred? Or how important it is for our souls to recognize that? I truly want to understand because I do speak with teenage girls from time to time. My intention is to encourage them.

Great post...my two 18 year-old-daughters have been like this for the last two years. In my 6th grade catechism class I imitate them looking around, slouching, checking their nails, as examples of how not to behave at Mass.

Well I know you have the best of intentions but I'm kinda thinking they generally know what is suitable attire..or clothese we as parents would like them wearing..but you know they do have opinions, make mistakes, need to learn ..we can keep reminding them..but some of my girls are beautifully pious..& one or two more rebellious..we must avoid..yr not coming to Mass in that..well as long as it's not totally indecent..but they might have tears in their jeans..or good gracious we went through the all women wearing long skirts phase..nah I'm outta that one..just plain common sense..lecturing & talking are pretty ineffectual..Oh I'm a qualified 11-18 year olds Head of RE ..oh well..we can pray & set an example..