Of Men, Knighthood, and Fighting to Protect #Catholic 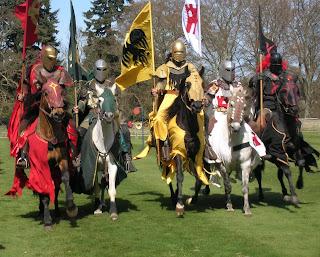 Your husband is a good man. He'd be a good role model for young men.