The Deception of Soap Operas 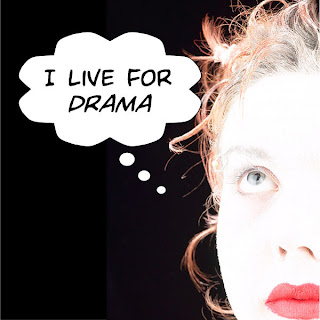 I grew up with a mother who would watch "soap operas" while she did her daily tasks around the house. She'd flip the TV to whichever station had her show and blare it throughout the house while she cleaned, did laundry, and prepared meals. During the summertime, I'd help and eventually started watching soap operas, myself.

Soap operas are, for most women, a guilty pleasure. On the surface, the characters on a soap opera seem to live in a perfect world. For the most part, everyone is thin, beautiful, and have gorgeous clothes. They look so sleek, so smooth, so totally amazing. But as any die-hard fan can tell you, looks go only so far. Beneath the surface lies an ugly world of deceit, manipulation, selfishness, foolishness, and at times - pure evil.

And yet women (and a few men) lap it up, day after day.

Why? When I was in high school, I declared to my mother I was no longer watching soaps because I thought they were stupid. My exact quote: "Mom, soap operas never allow anyone to be happy! As soon as a couple finally finds love, something bad has to happen to tear them apart. It's ridiculous! I'm done!"

For the most part, I was done. I didn't watch soaps in college and then I started working in "the real world" where I was gone during the day and had no VCR to record the shows. I easily forgot there were such things as soap operas.

Today my working schedule is more flexible and I'm often home during lunchtime. One day, while munching a sandwich, I turned on the TV to find...yes, a soap opera. I absentmindedly started watching it, trying to deny I'd probably be sucked in. The next day I did it again, and again, and again. I was embarrassed one day because my husband came home early from work and caught me. I quickly made the excuse that I was just eating lunch and just happened to watch TV and the program just happened to be on. I don't think he bought it.

The soap opera was "The Young and the Restless." It wasn't a show I had ever watched before so it took some time to learn about the characters. Still, I caught on quickly who the players were and started to observe them as though I was an anthropologist who just stumbled on a rare find. I remembered what I said when I was younger and wondered how long the show would go before it would ruin someone's love life.

It didn't take long. Within a few months, they took a promising young couple and used, of all things, the overused ploy of a woman acting as though she was pregnant so she could steal away someone else's fiancee.

I was amazed. On one hand, I figured since I had been away from soaps for about 25 years, the writing would get more sophisticated. Not even close. The writers, in fact, were playing the same tricks they had when I was younger. Bring a couple together, then have the man "accidentally" sleep with another woman so she could break the couple apart. Yawn.

What occurred to me was how soap operas can ruin a single woman's real chances for love if she's not careful. I have no idea how many young single women are tuning in, but if the story lines are an indicator, it would seem the soaps are trying to reach them. Several main characters are in their twenties. But their constant swapping of love interests gets frustrating and confusing. You have to wonder if the characters have any lick of sense at all or simply the slaves of their own desire.

Which brings me to why I think they're detrimental to a person: Soap operas present on the surface a life most would like to live - financially well-off, beautiful, successful. But then the soaps give that lifestyle a nice knife in the back by constantly creating turmoil and anguish. For some fans who lead a very different kind of life, it may give them a sick sort of satisfaction to see that even rich, beautiful people suffer, too. But deep inside, what is the message?

I believe the message is you can't trust success. You can't trust happiness because sooner or later, some tramp is going to stalk you and your beloved and ruin everything. Is it any wonder why some people who love soaps also thrive on drama in their own lives? It's a set-up. It's difficult to find contentment in your own life if you can't trust that something good is not only going to come to you but stay with you.

So, I've sworn off soaps again, this time I hope for good. Even though it was almost an hour of my day, it added nothing to my life. It isn't entertaining to me to watch people suffer. It is why I watched "Melrose Place" years ago and then stopped after a few episodes. (A night-time soap opera...blech.) It is also why I stopped watching "Desperate Housewives" after the first season. TV writers succeed by making characters miserable. Hollywood reasons that no one would want to watch a show where everyone was happy most of the time. Why, that's boring!

So, do I want to fill my life with fictional characters who are unhappy and dealing with constant conflict? No thanks. I think I'll fill it instead with studying the great saints of old and how they overcame trials and tribulations by pursuing God with every molecule of their being.

Now that's far more interesting than some soap opera.
by Mary Rose at 10:26 AM

Email ThisBlogThis!Share to TwitterShare to FacebookShare to Pinterest
Labels: Thoughts on Women

I used to watch All My Children as a teen and young woman. Erika (the character Susan Lucci has played for over 30 years) must have slept with at least 25 men (and that was last time I counted which was about 10 years ago.) Sick.