Non-Denominational Churches and the Cult of Personality 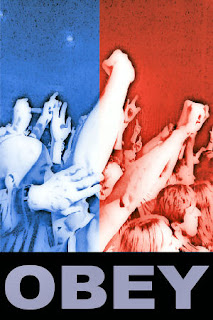 He now attends a non-denominational church, where he plays bass on the worship team. He showed me the church's website last night, proud of his pastor, excitedly claiming how his sermons are "really, really good" and guided me to the online archive of the audio teachings. I feel so torn about it because I see clearly that he is walking down a path that I, too, at one point thought was superior to the Catholic church. At one time, I also believed that the Catholic church was hopelessly mired in outdated beliefs and practices and were more into "controlling" their people than anything else.

As he spoke about his pastor, I couldn't help but remember what it was like when I was involved with non-denominational churches. These churches have two ways to attract people to their congregation: great worship bands and/or charismatic teaching. Both engender the "cult of personality." A church may have an attractive, highly talented worship leader that causes people to flock to the service. Or a church may have an articulate and intelligent speaker, able to enthrall with a blend of Scripture and pop-psychology. Both aren't dangerous in and of themselves. However, when they are seen as the focus of attending church, it can cause problems in a Christian's spiritual growth. At best, it can stunt development. At worst, it can lead to becoming part of a cult.

I said if he was going to show me "his," I was going to show him "mine." I took us to the website of Audio Sancto, run by Catholic laymen who collect the audio recordings of various priests around the country. I showed him the section on the site which explained why they didn't want to disclose the names of the priests. I'm still blown away by the truth and humility of them.

Because they have duties and responsibilities as priests to care for the souls of the Faithful entrusted to them. By remaining unidentified, their attention for their flock won't be divided by folks outside of their parish who might seek them out for questions rather than going to their local priests. Moreover, the message they happen to be preaching -- the Catholic Faith -- is what is important, not the human beings who are preaching it.

There is a fine line between admiring and respecting someone's expertise versus elevating them to the place where they are one's point of reference. Within the Catholic Mass, there is one point of reference and that is the Real Presence in the Eucharist. That is the pinnacle of the church service. Non-Catholics who don't understand will often criticize the Mass, saying the priest is "re-sacrificing" Jesus Christ and that isn't possible nor Biblical.

But it isn't "re-sacrificing." It's remembering. There is a huge difference. We all know that Jesus Christ cannot be "re-sacrificed" but yet the priest is re-presenting the Sacrifice of All Sacrifices, so that we don't forget. By doing this, every Sunday, and on the Feast Days, the Holy Days of Obligation, and even in daily Mass - Catholics around the world are saying: "You, Jesus, are the reason for my salvation. I follow You and seek to obey God's will, as You did in the garden, while being beaten and humiliated, and finally while You were on the Cross. You suffered for our sake so that we might live. We remember, Jesus. We remember."

The cult of personality often distracts and leads many away from this very important reminder. Some churches do practice taking communion but certainly not all. Most non-denominational churches only take communion a few times a year, if that.

My brother doesn't see the truth although I'm praying he will someday. Personalities come and go. I know. I've seen the rise and fall of so many that it's as predictable as the ocean's tide. If you've not read my "almost finished" Long Story, it's here. I have found that liturgy is powerful, more powerful than any non-denominational service. I sold liturgy short for many years. Not anymore. We need liturgy to keep us safe from the cult of personality and remind us once and for all the true reason we go to church.

Excellent post. Let's not forget the "coffee bar" in the lobby as a means of attraction.

In Holy Mass we are there at Calvary. It's not a re-enactment. We are there. It transcends time.

When I was an Evangelical I always felt like an imposter. That I was missing something. I wonder if you should ask him if he misses receiving Communion and then lead him to a reminder that ONLY in the Catholic Church may he actually receive God.

Many roads, including my own, have led back to Holy Church thru the Real Presence.

I will pray for him.

Thank you, both. I know I am still absorbing the truth of the Holy Sacrifice of the Mass. I did change the word "re-enactment" to "re-presentation," which is what I meant to say. I found it on Catholic Answers here.

Good point that I hadn't thought of in that way before-- non-Catholic churches attract with the music and the preaching, not so much with the pure Faith.

I was thinking about these types of churches in my own parish which give you a spiritual high but do not sustain you. It's a bit like having a McDonalds burger and chips and a coke or having a sugar high which you can enjoy at the time when what the body really needs is a baked potato and tuna salad and a glass of water which will sustain it in the long term.