Catholicism and Confession: The Perfect Antidote to Narcissism 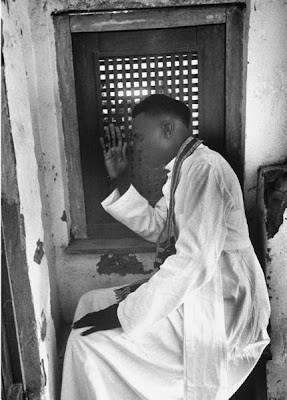 Yesterday I caught part of the Catholic radio show, "Open Line," hosted by Barbara McGuigan on Tuesdays. She was interviewing a doctor about narcissism. Barbara rightly lamented how tragic it was for a narcissist to be unable to truly give or receive love. I also agreed with her that with the grace of God, anyone can change.

She mentioned that she was going to have Dr. Keith Campbell on her show soon, co-author of The Narcissism Epidemic: Living In the Age of Entitlement. I am well aware of Narcissistic Personality Disorder (NPD), classified by the Diagnostic and Statistical Manual of Mental Disorders as part of a cluster that includes borderline, histrionic, and antisocial personality disorders. (You often run into these types of personailities at the top level of organizations.) Those who are narcissistic really do act as though the world revolves around them. They have no empathy for anyone else and require excessive admiration. It is often called "the god complex" because the person believes they have unlimited power. Wikipedia even said it was closely linked to self-centeredness, which made me laugh. (Ya think?!!)

Since the Sacrament of Confession is still on my mind, I've been mulling over its spiritual treasures. I was thrilled yesterday when I was able to get an appointment to have my confession heard before attending a special weekly Low Mass in the morning. I really didn't want to wait another week. That's how awful I felt and remorseful that I had missed Sunday's opportunity to go. I don't particularly 'love' confession. But I love what it does. I love the fact that God gives me this opportunity to repent and get it out in the open. It is truly a grace the Holy Spirit imparts to us to feel genuine sorrow and regret over our sins - and the only remedy is God's forgiveness.

But going even deeper, it is a gift to be released from our self-centeredness. I don't think it is coincidental that our society's focus on self (which has led to a sense of entitlement and narcissism), has seeped its way into the church. It is perfectly understandable why there are usually no lines for confession or why in many Catholic parishes, this sacrament has been relegated to a therapy session.

Quite simply, we don't want know we've sinned. We don't want to admit that what we did was wrong.

We don't want to be judged. We are ashamed and embarrassed. "How could I have done that, and call myself a good Catholic?" We know deep down inside that we messed up and believe me, I am probably the world's greatest escape artist when it comes to avoiding taking responsibility for my own sin. It is so easy to justify it, rationalize it - call it anything but what it truly is - an abomination in God's eyes.

Contrasting this to the culture of narcissism, I once again thanked God for my Catholic faith. Who else is going to hold you accountable and tell you the truth? Believe me, there are very, very few non-Catholic churches who do this. Last night, I discussed it again with my husband. I related a conversation I had with my brother, who grumbled, "Who does the priest think he is? Forgiving sin? God forgives my sin!" I told my husband, as I told my brother, that of course God forgives sin, but we are instructed in the Bible to confess our sins to one another. This hardly ever occurs within the framework of a non-denominational church. And if it does, too often it becomes grist for the rumor mill as others pass along a person's sin under the guise of "sharing a prayer request."

Something breaks in us when we admit that we made a mistake. Our pride, of course, and the illusion that we are gods. The world doesn't revolve around us and our nice, plumped-up "Oprah-cized" egos are suddenly pierced as we recognize how far we can be from God's purpose for our lives. It is the mother of all "reality checks" and I know I need it more and more.

I recently purchased the "iConfession" application from the iTunes store for my iPhone. (Funny how many "I's" are in there, isn't it?) I really love this application. It has the explanation for confession, prayers, a fair "Examination of Conscience" (I think the one my 1962 Roman Missal is better), and the Act of Contrition. I have been asking the Holy Spirit to reveal to me my sins more and He has been faithful. My confessions are starting to improve and I am becoming more aware of sin.

This, to me, is the point of confession. It isn't enough to simply ask for forgiveness, but to seek a complete 180 degree turn from it. Again, only by God's grace do we have the strength and wisdom to turn away from sin and toward Him. But first, we need to be focused on Him. Focusing on God and not on self is a pretty big challenge as we live in an increasingly narcissistic society. I believe going regularly to confession helps.

I admit there is a part of me that enjoys throttling my fleshly desires. And do you know why? Because those desires is what the devil wants. The devil wanted to be God and tried to place himself about Him. When I nail that squirmy, whiny, part of myself that tries to scurry into darkness, I know I am in essence identifying the evil -yes, evil - the part of me that wants to rebel against God. I then say, "Oh, no you don't. You're coming with me to confession. We're going to have it out and by the end, you're leaving. You've overstayed your welcome, anyway and besides, you're taking too much of my time."

At least I'm getting to the point where I want this sin gone. Before I used to coddle it and plead with it to leave. Not with the Sacrament of Confession. Admit it. Repent. Rinse. Repeat.
by Mary Rose at 5:45 AM

Email ThisBlogThis!Share to TwitterShare to FacebookShare to Pinterest
Labels: Sacrament of Reconciliation