Yes, Women Have the Power to Change the World, But Why Not Start at Home? #Catholic #tcot #sgp 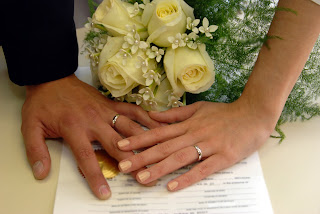 This morning, I just read a distressing article from Mail Online, Three generations ... all of them single mothers: Growth of extended 'man-free' families who rely on state handouts. From the article:

"Single motherhood has stretched through the generations to produce extended families without men. Grandmothers, mothers and daughters now live without husbands or fathers and rely on the state for support, a study found yesterday. Three-generation single mother families where no one works and which contain no men are now common, according to the analysis by researcher Geoff Dench.
The spread of the extended single-parent family was tracked through the findings of the British Social Attitudes survey which has followed families and their opinions each year for almost 30 years. It showed that more than half of grandmothers who do not have a husband or male partner themselves are likely to have daughters who are also single mothers. The 53 per cent recorded in 2008 was up from 44 per cent over a decade."

Email ThisBlogThis!Share to TwitterShare to FacebookShare to Pinterest
Labels: Fathers, Thoughts on Women