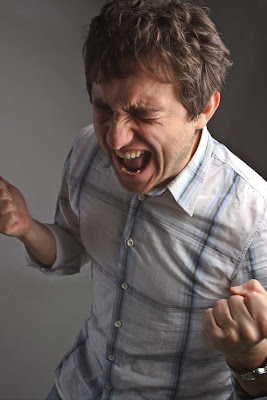 This post is a result of the ongoing attacks on the Catholic Church by Anne Rice, a popular and very gifted writer, who returned to the Catholic Church in 1998. Before, she authored some of the most well-known series of vampire novels, several being made into movies. After her return to the Church, she wrote several fictional books about Jesus Christ, Christ the Lord: The Road to Cana and Christ the Lord: Out of Egypt.
Then, last summer (July 28, 2010 to be precise.), with great fanfare, she left the Church. But she didn't just leave, she had to explain her reasons:

Still, Rice says she tried her best to ignore the facets of Christianity she didn't support and concentrate on the ones she did. As time wore on, though — and as Rice continued to live and study as a Christian — "more and more social issues began to impinge on me," she says.

Rice says the final straw was when she realized the lengths that the church would go to prevent same-sex marriage.

"I didn't anticipate at the beginning that the U.S. bishops were going to come out against same-sex marriage," she says. "That they were actually going to donate money to defeat the civil rights of homosexuals in the secular society.

"... When that broke in the news, I felt an intense pressure. And I am a person who grew up with the saying that all that is needed for evil to prevail is for good people to do nothing, and I believe that statement."

Though the author's son Christopher is a gay rights activist — as well as a bestselling author in his own right — Rice says that his sexuality was not instrumental to her decision to forgo Catholicism.

From her original statement on The Huffington Post, Rice sums it up:

I think Rice is being disingenuous when she claims that her son's sexuality was not instrumental in her decision to leave. Especially in light of her current crop of attacks on the Church where she focuses primarily on the Church's doctrine on homosexuality. (Link to her interview with her gay son, Christopher.) Fr. Longnecker provided an excellent observation of Rice's position with his post, Nice Anne Rice?
I will give credit to Rice for being honest. She has made it clear what doctrines of the Church she disagrees with, namely the refusal of ordaining women as priests and sanctioning same-sex marriage. Rice said something very important in the quote above: "From the beginning, there were signs that the public face of Catholicism and the public face of Christianity were things that I found very, very difficult to accept."
This can be said of almost every Catholic. There are doctrines that are hard doctrines and cause great struggle in our hearts and minds. We wrestle with these doctrines because we'd rather the Church didn't make such a fuss over it. We'd rather there not be such a clear delineation between beliefs we approve of (and the Church does not), and beliefs we do not approve of (But the Church does).
Rice is not alone in her questions. However, she, like many other dissenters I have observed, have not admitted to asking the one question that would make a huge difference.
It's a very simple question: Why?
Why does the Catholic Church believe the priesthood is only for men? Why does the Catholic Church not approve of same-sex marriage? Why does the Catholic Church reject contraception? Why does the Catholic Church condemn abortion?
Dissenters do not seem to be intellectually honest with their attacks on the Catholic Church, at least not that I know of. Too often, dissenters readily agree with modern culture and reject Catholic doctrine because it doesn't line up with popular political thought. I have to wonder how often someone questioning the Catholic Church really takes the time to understand why it believes what it believes; and, approach this inquiry with an open mind and heart, being willing to change if God shows them the truth.
It reminds me of high school. No young teen wants to stand out from her peers because she believes something different. No one wants to be ridiculed for being "uncool" by disagreeing with the majority.
And so it is with dissenters. Under the guise of "progress," they have quickly jumped on the bandwagon of other malcontents who ridicule the Church for being "backwards" and call her doctrines outdated. Somehow they believe that the issues that existed during Jesus' existence on earth were so far removed from our present-day concerns. It is as though some of them believe that Jesus Himself never presented difficult choices to His followers.
Here are a few:


"Enter by the narrow gate; for the gate is wide and the way is easy, that leads to destruction, and those who enter by it are many. For the gate is narrow and the way is hard, that leads to life, and those who find it are few. "Beware of false prophets, who come to you in sheep's clothing but inwardly are ravenous wolves. You will know them by their fruits. Are grapes gathered from thorns, or figs from thistles? So, every sound tree bears good fruit, but the bad tree bears evil fruit. A sound tree cannot bear evil fruit, nor can a bad tree bear good fruit. Every tree that does not bear good fruit is cut down and thrown into the fire. Thus you will know them by their fruits. - Matt. 7:13-20

The Jews then disputed among themselves, saying, "How can this man give us his flesh to eat?" So Jesus said to them, "Truly, truly, I say to you, unless you eat the flesh of the Son of man and drink his blood, you have no life in you; he who eats my flesh and drinks my blood has eternal life, and I will raise him up at the last day. For my flesh is food indeed, and my blood is drink indeed. He who eats my flesh and drinks my blood abides in me, and I in him. As the living Father sent me, and I live because of the Father, so he who eats me will live because of me. This is the bread which came down from heaven, not such as the fathers ate and died; he who eats this bread will live for ever."

This he said in the synagogue, as he taught at Caper'na-um. Many of his disciples, when they heard it, said, "This is a hard saying; who can listen to it?" But Jesus, knowing in himself that his disciples murmured at it, said to them, "Do you take offense at this? Then what if you were to see the Son of man ascending where he was before? It is the spirit that gives life, the flesh is of no avail; the words that I have spoken to you are spirit and life. But there are some of you that do not believe."

For Jesus knew from the first who those were that did not believe, and who it was that would betray him. And he said, "This is why I told you that no one can come to me unless it is granted him by the Father." After this many of his disciples drew back and no longer went about with him. Jesus said to the twelve, "Do you also wish to go away?" Simon Peter answered him, "Lord, to whom shall we go? You have the words of eternal life; and we have believed, and have come to know, that you are the Holy One of God." Jn 6:48:69

There are many, many more hard sayings of Jesus in the Gospels. Jesus constantly confronted the beliefs of the day and did things that were radically different from the status quo. He spoke to a Samaritan woman at the well when men didn't talk to women they didn't know, let alone a Jew speaking to a Samaritan. He supped with sinners and the unpopular tax collectors. He stepped in to save a woman from being stoned for adultery and forgave her. He praised the worship of an immoral woman while chastising the "righteous" men for not showing Him hospitality or compassion. (Notice how often He interacted with women? And praised them?)
There is story after story about Jesus loving people while condemning sin. He spoke in parables but the message is clear to those who will ask questions and listen. For every parable, every encounter with mankind, Jesus Christ preached forgiveness and freedom; forgiveness from sin, and the freedom that comes from obeying God and His commandments.
There is trust involved. Much trust. For the dissenters, that is a hard truth. Instead of trusting the Catholic Church that the doctrines she has passed down from generation to generation are the truths taught by Jesus Christ; they have chosen instead to believe that these doctrines were nothing more than the imaginings of powerful men who simply wanted to control everyone. Nothing could be further from the truth.
Accept Jesus Christ's teachings or reject them. But do not think that the Catholic Church has concocted beliefs that are contrary to His teaching. Jesus Christ's words are as powerful and radical today as they were over 2,000 years ago. And the crux of one's introduction to Him begins with the question He asked of Simon Peter: Who do you say I am?
Simon Peter's answer became the foundation for the Church. And it needs to be the foundation of any Catholic who has put their trust in Christ. Without it, He's relegated to "just another teacher" and the slide into secular humanism, will be a short one.
by Mary Rose at 9:00 AM

Email ThisBlogThis!Share to TwitterShare to FacebookShare to Pinterest
Labels: Progressive, Questions About Catholicism

Anne Rice's ugly attacks are (IMO) based on her son's homosexuality.

It reminds me of a parents class I held when I was teaching the 7th - 12th grade RE classes. The subject of the priest abuse scandal came up and I had to explain that it was primarily a homosexual problem and not a pedophile problem.

After class one of the parents told me her oldest son was a homosexual and she was conflicted about how to handle it. She felt like the Church was asking her to abandon her son.

I patiently explained to her that the Church in no way advocated such a thing. Then I asked her if her son was an alcoholic would she ask him to stop drinking? Or if her daughter was "living in sin" would she tell her that was wrong? So what was so hard about telling your son he must be celibate (as all unmarried people must?)