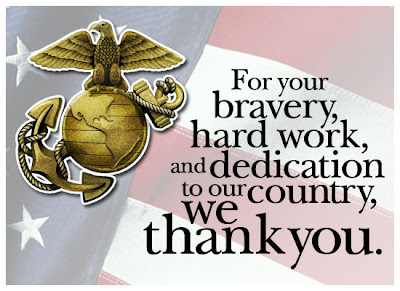 My husband and I recently watched the film, The Great Santini, featuring Robert Duvall as the abrasive, abusive Lt. Col. Wilbur "Bull" Meechum. The character came from Pat Conroy's novel, which used his real father's nickname and a large part of his personality. Pat's father, Marine Colonel Donald Conroy, had a darker side that only his family witnessed. He was both physically and verbally abusive to his children and wife. What was astounding was that after Pat wrote the book, his father read it and did a complete turnaround as he sought to distance himself from the story's portrayal of him.
The film is not easy to watch. "Bull" Meechum lives up to his name by barreling through whatever obstacle stands in his way to perfection -- including his family. Meechum's fiery path climaxes in a stunning scene when his son Ben (played by Michael O'Keefe) finally beats him at a one-on-one game of hoops. The problem is, no one in the family had ever beaten Bull in anything. As the family congratulated Ben, Bull gathers up steam and proceeds to throw insults and accusations at the family, alienates them and then demands another game. The wife and other children walk away in hurt and disgust while Ben refuses to play again, emphasizing he won fair and square. As Ben leaves, Bull follows him, taunting him and bouncing the basketball off the back of his head. Later during a stormy night, Bull is shown practicing his game in the pouring rain. Ben's mother tries to comfort her son by saying Bull finally realized his son had become better than him and he'd have to work harder to beat him. Playing in the rain, knowing that Ben must be watching, was Bull's way of apologizing.
Col. Donald Conroy was one of the greatest fighter pilots that ever lived. From reading about him, I'm not quite sure he'd say that. He never told his children about all the awards and decorations he had earned. He was given the Distinguished Flying Cross (with two award stars) for heroism or extraordinary achievement while participating in an aerial flight, subsequent to November 11, 1918. Those additional stars mean he was awarded it two more times.
I thought about the kind of man it takes to win a war. Certainly not every warrior physically abuses his children and wife. But pilots are of a different breed. There is no room for error in their mission. Quick decisions have to be made and they better be the right ones or else. My husband and I had a conversation about the movie afterward. He judged "Bull" Meechum much more harshly than I did. Although I usually see things in black and white, I couldn't seem to do that with this character. Knowing it was based on the life of a man who bravely served this country made it especially difficult.
I'll leave the speculation as to why a man abuses his family to the professionals. All I know is that "Bull" Meechum, and I suspect Col. Donald Conroy; was on a personal mission to perfect their personal world. Because serving in the military is an exercise of discipline, those who have high expectations of themselves gravitate toward it, viewing it as the highest challenge to complete. Having a family of those who may not have such drive could, understandably, be frustrating. Unfortunately, some take out those frustrations on others in an abusive manner.
The good news is that after Pat Conroy's book came out and his father read it, he broke. Seeing a character act like him, sobered up Col. Conroy real fast. Suddenly, he was on the road to make amends with his son and family. For the rest of his days, he grew closer to his son and cheered a nephew as he played basketball, causing wonder in all who knew him. Reading this story showed me that redemption is possible, even in the most hardened cases. (His Winning Season: The Story of Pat Conroy, the 'Real Santini,' and the Citadel's Basketball Team's Remarkable Run)
Today we celebrate Memorial Day. It's a day to remember those who have served our country and those who have sacrificed their lives for it. There are some who protest war, claiming it's an unnecessary evil. I say it is a necessary response to evil. Men like Col. Donald Conroy served our country with pride and dedication. The very traits that make a man a fierce warrior may not always transfer smoothly to a more peaceful existence. Many men are permanently altered by war and it's difficult to see how it could be otherwise. But I am so grateful for the men who took upon their shoulders the burden of fighting for freedom. When I see a story like The Great Santini, I'm reminded of how some men viewed the battleground as a personal challenge, taking it as an affront to their ferocious sense of justice. The definitions of right and wrong are usually orchestrated by politicians.
However, for our military, it comes down to a simple concept. Our great country did not become great by sitting down with our enemies and trying to negotiate peace. It came about because we kicked their ass.
So God bless all our military men and women this day. May those who have sacrificed their lives for our country R.I.P., and may those living who wrestle with their inner demons, find peace before they leave this world to enter the next. Amen.

The children of fighter pilots tell different stories than other kids do. None of our fathers can write a will or sell a life insurance policy or fill out a prescription or administer a flu shot or explain what a poet meant. We tell of fathers who land on aircraft carriers at pitch-black night with the wind howling out of the China Sea.

Our fathers wiped out aircraft batteries in the Philippines and set Japanese soldiers on fire when they made the mistake of trying to overwhelm our troops on the ground.

Your Dads ran the barber shops and worked at the post office and delivered the packages on time and sold the cars, while our Dads were blowing up fuel depots near Seoul, were providing extraordinarily courageous close air support to the beleaguered Marines at the Chosin Reservoir, and who once turned the Naktong River red with blood of a retreating North Korean battalion.

We tell of men who made widows of the wives of our nations' enemies and who made orphans out of all their children.

You don't like war or violence? Or napalm? Or rockets? Or cannons or death rained down from the sky?

Then let's talk about your fathers, not ours. When we talk about the aviators who raised us and the Marines who loved us, we can look you in the eye and say "you would not like to have been America's enemies when our fathers passed overhead".

We were raised by the men who made the United States of America the safest country on earth in the bloodiest century in all recorded history.

Our fathers made sacred those strange, singing names of battlefields across the Pacific: Guadalcanal, Iwo Jima, Okinawa, the Chosin Reservoir, Khe Sanh and a thousand more. We grew up attending the funerals of Marines slain in these battles.

I like the Great Santini, book & movie. It's my favorite Duvall role, just ahead of his portrayal of Jackson Fentry in William Faulkner's 'Tomorrow.'

My wife wouldn't watch G.S. past the first 5 minutes, the character bugged her so much.