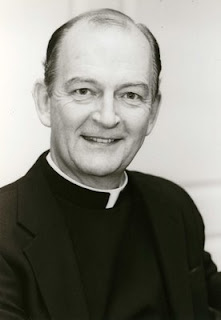 I stumbled upon this article this morning, written by the late Fr. John Neuhaus for the First Things website. As I mentioned after his passing, it was with great regret that I had not known about Fr. Neuhaus until he was gone. I have the greatest admiration for thinkers in society; those who will challenge the status quo and demand more. I especially have great respect for Catholics who refuse to allow a Catholic organization's social agenda to be the only public face the world sees when it considers Rome.

In his long article, Lives Lived Greatly, Fr. Neuhaus has this to say about the Internet:

One gets the impression that those who spend many hours on the Internet are different. They want to know the latest thing, who is saying what about what and whom. I don’t say this censoriously. Avoid the flood of pornography and YouTube narcissism and surfing the Web can be a relatively innocent activity. But it does seem there are so much better things to do with one’s time, as, for instance, in reading good books and serious magazines.

I believe that if I had ever been privileged enough to have met Fr. Neuhaus, I would have found common ground. Catholicism, to me, is as G.K. Chesterton described it - like "a thick steak, a glass of red wine, and a good cigar." In other words, it is something to be digested slowly and with great relish, sipped slowly and enjoyed. It is the deepest set of thoughts and beliefs that man could ever face. You don't rush over such thinking. You savor it.

The Internet is a medium not usually savored but gobbled quickly without barely a chew. The article on First Things is very long but I bookmarked it purposely here so I can savor it later. Maybe we can discuss it in greater detail after allowing it to "digest."
by Mary Rose at 6:04 AM

He's quite right; I think I'd do better to apply myself to the sustained argument of a book rather than flitting from one Web page to another...