And All I Got From Today Was Silly Photoshopping...

Well, today wasn't too productive. First, I got hooked on creating "flair" on Facebook.

"Flair" is a term best known from the movie, "Office Space." My husband and I own the movie and cannot honestly say how many times we've watched it. Let's say alot.

Anyway, in the movie, the hero, Peter, falls in love with a waitress, Joanna. Joanna works in a "TGIF"-style restaurant where she is required to wear stupid buttons to show how excited she is to be working there. The buttons are called "flair." She eventually has a meltdown with her boss when he told her she just wasn't wearing enough "flair." (I love that..."Don't you want to express yourself?")

So I created two buttons today. They're available on my Facebook page if anyone wants them. 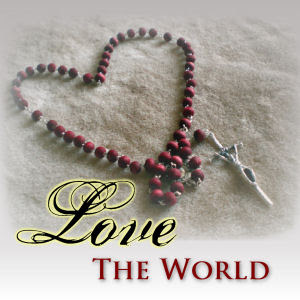 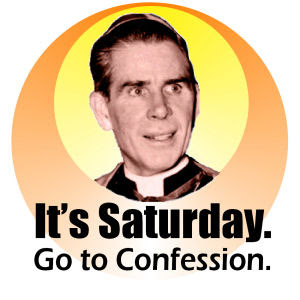 But after reading Fr. Z's latest entry on Cardinal Hoyos assertion that not "many parishes, but all" would be celebrating at some point the Latin Mass, I was inspired to create a fun photo. Pope Benedict XVI is reintroducing the old rite as the Gregorian Rite. So here's my latest: 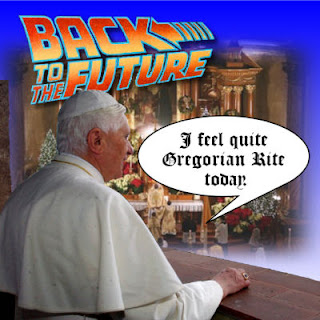 I also spent a little over two hours in a theological discussion with my husband over the authority of Peter and what did it mean when Jesus Christ said He was giving Peter the "keys of the kingdom." My husband claimed that the offer was made to all the disciples. I challenged him. Between the both of us, we have a small Biblical resource library of concordances, an interlinear Bible, a Greek Bible, and of course, online Bibles and concordances.

He realized that "you" meant "you." Not "all of you." Singular pronoun. Then he was jumping around all over about how Peter wasn't any more special than the other disciples. I pointed to Acts and how Peter was predominant in the description of the early church. He still didn't see it.

So. I've been trying very hard not to inundate him with things I'm learning about the Catholic church. If you remember, I'd certainly appreciate prayers that God would give me wisdom. I never want to be accused of "pushing" anything. But how to contain my excitement about what I'm learning? This is a most difficult thing. I realize that this may be part of my suffering but I am believing it has a purpose. May He give me grace and strength to bear what He has called me to do.

I just discovered your blog (via your post on Fr. Z's website)! If your husband is still stuck on the "primacy of Peter" thing, maybe you could point him to Matthew 16:18, in which only Peter was given the Keys to the Kingdom? (This hearkens back to Isaiah 22:22; Jesus is making Peter the prime minister of His Kingdom. Read Is 22:20-24; the parallels are absolutely striking!)

Beyond that, you could--if he's the academic type--get him to read a few books by Dr. Scott Hahn, who used to be a virulent anti-Catholic Presbyterian minister before his conversion...

Mary Rose(beautiful name, by the way)I too get excited about learning my faith; it seems that as you understand one thing another door opens! May Jesus, The Eternal Wisdom,bless you and guide you.

Peter's name was originally Simon. At their first introduction, Jesus renames him (in Greek) as Cephas, meaning "Rock". Later, after Peter recognizes Jesus as the Son of God, Jesus says, "You are (Petrus) Rock and upon this rock I shall build my Church..." The rest you know.

If Peter was not to be the "first Pope," then why was he renamed by Jesus as "Peter/Cephas/Rock?" I do not recall Jesus renaming any other disciple or Apostle.

Thank you, Brian, Shirley, and Guy. My husband is fairly stubborn when it comes to recognizing the Pope.

When he was in the Church of Christ, his role was to go into other churches and settle disputes by evaluating the situation with Scripture. He is very accustomed to digging into the Word of God to find the foundation for things.

Matthew 16:18 was the first verse we tackled. At first, he claimed that Jesus was giving to all His disciples the keys to the Kingdom. I disagreed and said it was to Peter. He then said that the pronoun used was inclusive, meaning "you all." When we checked the Greek, we found it was a singular pronoun used, not plural.

Then he was off and running on another issue.

My husband spent quite a few years "debunking" Catholic doctrine. Although I told him about Dr. Scott Hahn, he's not open at this point to read anything.

I did lovingly challenge him about this. I said how important it was to grow as a Christian and to think we've arrived fully at the truth with no need to engage in further study is a bit arrogant. The Bible is like a brilliant diamond, each facet shining forth a truth depending on how it held up to the "light" of understanding, through the Holy Spirit.

I believe in the power of prayer and I spent the latter part of yesterday doing just that - for both my darling man and myself.

The thing is, my husband is so smart. It's hard for me to see how he can't get it. But I also know it's an issue of full surrender. God has a way of breaking down the walls of our prejudices.

Let me revise my suggestion, then, speaking as a member of the "y-chromosome-carrying club"... :)

My wife has learned that I (even with my relatively even temper) get pretty defensive when I'm challenged on something in which I have a lot of personal "stock." Her advice--which seems universally wise, is to "speak your piece clearly, confirm that you were understood correctly, and then drop it and let the Holy Spirit work." It works on me! :) Kathy (my wife) says, "It's better that way--if I'm right, it still does me no good to get into a fight where his pride will be involved, and it's supposed to be God's timing, anyway; and if I'm wrong, then I have no business pushing and nagging him on that point in the first place!"

You can certainly count on my prayers, regardless! God bless your efforts!

P.S. My other suggestion: write to an order of contemplatives--nuns or monks, it matters little--and ask for their prayers! (Drop a check in, too--they need to eat, too!) It always helps to bring in the heavy artillery, in stubborn cases! :) (We donate to the Poor Clare Colettines in Cleveland, OH.)

Brian, thank you for the excellent advice!

I have tried to be very careful in talking to him about my faith, even though I'm very excited about it. The most I've done is talk about some topics on the blogs (especially concerning the Tridentine Mass.)

But yesterday was our first theological discussion. I could tell he was getting defensive and I didn't want that, so I listened a great deal to his reasons and then presented my own. I didn't do a "gotcha" when it was obvious that a singular pronoun was used in Matt. 16:18.

I told him I was on a search, too. I didn't want to believe something just because everyone else believed it; but yet I did think the church must have had a good reason for recognizing the Pope.

I'm going to keep what you said in mind and definitely ask for more prayers. Thank you! :-)

"He realized that "you" meant "you." Not "all of you." Singular pronoun. Then he was jumping around all over about how Peter wasn't any more special than the other disciples. I pointed to Acts and how Peter was predominant in the description of the early church. He still didn't see it."

This book might be very helpful (specifically Chapter 10, "The Papacy and Infallibility"):

A Biblical Defense of Catholicism by Dave Armstrong.

It's very good. I just finished reading it.

Thank you, Vincenzo. I'll be looking into it. There are a few other apologetic books I want to investigate. One is "Catholicism and Fundamentalism" by Karl Keating.

The thing is, my husband is pretty stubbornly opposed to Catholicism. At this point, I don't think he even wants to give any time to consider any truth of it. Years ago, he researched various historians from the early church and they supposedly "debunked" Catholic beliefs. So in his mind, he's done with it.

But believe me, I'm praying and hoping he will start to soften. I take seriously 1 Cor. 7:14. I will beseech the Judge continuously for my darling man.

I just need the wisdom to know when to shut up. ;-)