Gay Activists Are Headed for the Churches 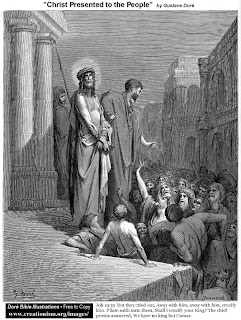 I wasn't surprised to read the following:

The next two Sundays, a coalition of radical gay groups comprised of SoulForce, The National Black Justice Coalition, and Equality Riders have coerced two of the nation’s most influential leaders into a closed-door showdown. Two of these groups (Soulforce and Equality Riders) are known for civil disobedience - even getting arrested in the name of GLBT justice. Bill Hybels at Willow Creek Community Church and Rick Warren at Saddleback Community Church will meet with these folks on June 8 and 15, respectively. Although Hybels and Warren will undoubtedly defend the faith boldly, SoulForce and company have set up a symbolic media campaign designed to suggest that conservative churches are bending on their gay relationships and marriage prohibitions.

The Gay Activists Are Headed For The Churches

Before I express an opinion, I do want to state that several of my uncles and one first cousin are gay. I've had gay friends in the past and even studied the Gay/Lesbian group's communication at my university as part of a group project requirement. I have a very deep empathy for gays and lesbians. However, I do not believe the lifestyle is what God intended when He instituted marriage. From my experience of friendship with especially gays, I was often touched by the deep hurt and pain they carried from their families of origin. Some had been molested as young boys which became a defining force for their identity.

Not all gays are activists. Not all gays want the states to recognize gay marriage. But gay activists are bulldozing their way over the "will of the people" to accomplish their agenda.

I have never understood this desire of gays wanting marriage. (Especially gay activists, who never seem to be satisfied.) Here are a few reasons:

1) Loud & Proud Gays have usually boasted how they "push the envelope" on what is acceptable behavior in society. It used to be that if you were gay, you weren't "out" about it, but discreet. Most people respect discreet.

If activist gays have spent years minimizing the importance of such traditional institutions such as church and family, then why is it so important to be recognized by them? Well, as you may imagine, I have an idea.

Deconstruction is happening all around us. Those who don't like things as they are want to change them into their own liking. It isn't enough to say, "Well. Heterosexuality isn't my cup of tea. I'm gay and I'll live my own life as I please." No, the radical gay activists have much more in mind.

Have you noticed how things have changed over the past thirty years? At first being gay was a "choice." Then that became un-politically correct to say. It then became a "lifestyle." Again, that was eschewed as gays insisted there was no choice attached to their sexual identity. Now, we are expected to not only accept their choice, but celebrate it in marriage. The next step will be full adoration.

I know that may sound extreme, but we are talking about a certain group who want validation at all costs. They have no qualms about destroying tradition because as far as they see it, tradition has condemned them and they're not about to put up with it any longer. Listen to any strident cry from the activist crowd and you'll hear their indignant anger that for some, is pure rage. They are out to destroy anything that does not agree with their world view.

It is that intent to destroy that is key.

Homosexuality is simply one issue that churches confront. This is amid a variety of issues that include: abortion, pornography, child abuse, greed, to name a few.

Those who are not Christian aren't expected to obey Biblical precepts. If anything, they need our love and prayers. But for those who call themselves Christian, they need to seriously consider the words of St. Paul (emphasis mine):

"All things are lawful for me," but not all things are helpful. "All things are lawful for me," but I will not be enslaved by anything. "Food is meant for the stomach and the stomach for food"--and God will destroy both one and the other. The body is not meant for immorality, but for the Lord, and the Lord for the body. And God raised the Lord and will also raise us up by his power. Do you not know that your bodies are members of Christ? Shall I therefore take the members of Christ and make them members of a prostitute? Never! Do you not know that he who joins himself to a prostitute becomes one body with her? For, as it is written, "The two shall become one flesh." But he who is united to the Lord becomes one spirit with him. Shun immorality. Every other sin which a man commits is outside the body; but the immoral man sins against his own body. Do you not know that your body is a temple of the Holy Spirit within you, which you have from God? You are not your own; you were bought with a price. So glorify God in your body.

These verses are powerful. St. Paul is reminding us that we have been bought at a price. It is not just our flesh that is running the show - we've been joined together with the Spirit of Christ. We belong to Him, not ourselves. Which means that we are shun immorality, to pursue God at all costs and glorify Him in our body.

This applies to both heterosexuals and homosexuals. We are called to live lives of holiness; which includes celibacy for unmarried people and chastity for everyone. Even if we're married, we're not allowed to insist upon our own pleasure. For those who struggle with homosexual desire, they are required to crucify those desires and seek grace and strength from God.

I'll be interested to see how Willow Creek and Saddleback will respond to this type of bullying. The gay activists are well aware that the Christian church is their biggest obstacle from fulfilling their agenda. They wrongly think they can force their will upon a group of people who have been known to die for their faith.

When you're dealing with such a group, no amount of bullying is going to get you anywhere.

ETA: After giving this more thought, I realized what truly bothers me is that these two churches have granted legitimacy to these gay activists. By agreeing to meet with them, there is the implication that something may be negotiated. I cannot help but wonder, what?

Not only has the Catholic church taken a strong stand on recognizing that "homosexuality acts are intrinsically disordered," (CCC 2357), but other Bible-based Christian churches agree. If a gay person is coming to the church for support to help them live a holy and celibate life, there is forgiveness and redemption available. If, however, a gay is coming to the church with no remorse for engaging in acts clearly condemned by Scripture, then there is nothing to say except reconsider your position and pray for a repentant heart.

I do not get the impression these activists are repentant. Instead, they are looking for more validation for living a life apart from God. May God help us all to stand strong for His truth and give grace and strength to repentant gays "to unite to the sacrifice of the Lord's Cross the difficulties they may encounter from their condition," (CCC2358)

My aunt is homosexual (I won't use the word "gay" because it's their attempt to normalize and mainstream their behaviour) and she is actually embarrassed by the loud and proud bunch - and she lives in Amsterdam. She and her girlfriend shun that whole side of the "lifestyle." They don't even live together (which gives me hope that my aunt will come back to her senses.)

Deconstruction??? Girlfriend! I think you have nailed something solid here -
The prophet Isaiah says that in the last days, men will call what is right, wrong, and what is wrong, right, and black will be called white and white, black. We are soooo there now.

The Loud and Proud gay agenda is frightening - and for people who talk "tolerance," the are wholly intolerant of anyone who disagrees or opposes their rhetoric.