Catholics, Engage the Culture: Sex and the City Film 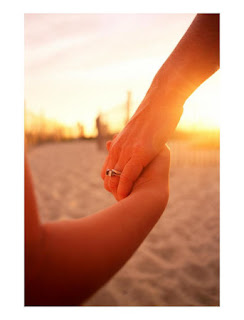 You would be living under a rock if you avoided hearing about the new film, "Sex and the City." Developed from the HBO series, the film follows four single women who live in New York City and their "sexcapades" and obsession with acquiring expensive fashion accessories. It doesn't serve women well although throngs of women chose to make seeing it a "girl's night" event.

Years ago, I rented the series on DVD from my local Blockbuster's. I wanted to observe it and understand why so many women found it attractive. From my many years of experience in women's ministry, I have a particular interest in anything that affects women so deeply, and unfortunately, this show does just that.

I was immediately struck by the preposition that single women acting like sexually amoral single men is "cool and hip." Kristen Fyfe, Senior Writer at the Culture and Media Institute, (a division of the Media Research Center), wrote a thought-provoking article on the show's impact on our youth. (Will Good Morning America Report THIS Sex and the City Story?) In the article, she points out a 14 year-old girl (14! Mamas, it's 9:00 PM. Do you know what your daughter is watching?) who started to watch "Sex and the City" and thought it was a fine idea to start emulating the characters. So, she started to have sex with multiple boys, smoke, and snuck into bars to drink Cosmopolitans.

According to an ABC report, today she is 22, a Mormon, married and mother of two. She now regrets trying to mimic the lifestyle of single 30-somethings when she was only 14, but still says the movie is "fun" - you just can't take it seriously. But yet she did exactly that at age 14.

God entrusts to women and men, according to their respective capacities, a specific vocation and mission in the Church and in the world. Here I am thinking of the family, a community of love open to life, the fundamental cell of society. In it the woman and the man, thanks to the gift of maternity and paternity, together carry out an irreplaceable role in regard to life. Children from their conception have the right to be able to count on their father and mother to take care of them and to accompany their growth. The State, for its part, must uphold with appropriate social policies everything that promotes the stability and unity of matrimony, the dignity and responsibility of couples, their rights and irreplaceable duty as educators of their children. Besides, it is necessary to enable the woman to collaborate in the building of society, appreciating her typical "feminine genius".

- Address of His Holiness Benedict XVI to the Participants in the International Convention on the Theme "Women and Man, the Humanum in its Entirety"
Clementine Hall, Saturday, 9 February 2008

Isn't that beautiful? And more importantly, it's true. There's a larger picture at stake, one that movies such as "Sex and the City" don't even begin to contemplate. The dignity of women starts with God and is expressed specifically within her role in families and the promulgation of society. It doesn't take a rocket scientist to look at American society to see how this blueprint for success has been tampered with. Broken homes, teenage pregnancy, women sexually abusing minors, and lack of parental control have all contributed to a messy society that descends deeper and deeper into hedonism.

In fact, a recent article from Yahoo! News quoted the author of a newly released book on why men aren't marrying. (I knew this already from talking to my 27 year-old pretty cousin who lamented, "Where are all the real men?") The article focused on men's fear that they'd have a bad marriage. Some even wanted a perfect match and were afraid of marrying the wrong person. And only 3 out of 10 wanted to be a father. (Men Prefer Being Solo Over a Bad Marriage: Study)

So what to do?

If you know anyone who has seen the movie or wants to see the movie, challenge them. Ask what's so great about sex without commitment and if this contributes to an image of dignity for women. Ask if it's really what people want. Ask if it's good for society.

Women have such a unique role in the world. We can influence many with our words and actions. As Christians, we can testify to the goodness of God and how He loves women and placed women at the forefront of history's most momentous event, the entry of God-Made-Flesh through the Blessed Virgin Mary. We can remind other women of their God-given gift of dignity and how we have been given the awesome role of bringing life into the world.

Women bring civility to society, which is why movies such as SATC really tick me off. Because if women won't do it - who will?
by Mary Rose at 10:12 AM

This is an inspired post LOL! My little friend "E" is so far down the path of relativism she can't even see that loving a movie like SATC while waiting for the BF of 2 years (that she is shacked up) with to propose just doesn't jive with her hope of having a house in the 'burbs, 2.1 kids and a dog and actually being able to celebrate her Silver Wedding Anniversary someday. Pathetic. It's to the point where I can't even talk to her about this stuff.

Since Loverboy is dawdling with his proposal plans I asked her: what's going to happen if you get pregnant? She ignored me. She's 29 in a couple weeks and her clock is ticking and maybe she is secretly hoping that does happen. Who knows.

In one email she complains she is sick of waiting and gave him a half-hearted ultimatum. The next day (after some charitble admonishment from me) she is all bubbly and saying he WILL ask her. I said "then stop complaining - you made the choice." Sheesh!

Oh, Angela...I so wish I could have a cup of coffee with your friend and give her the 411. If she would be open, I'd immediately recommend an excellent book: "Why Men Marry Some Women and Not Others" by John T. Malloy. (of the "Dress for Success" fame.)

It's a fascinating book and pretty much claims that the majority of marriages happen because the woman finally puts down her foot and says "Marry me or I'm outta here." Now, said woman also has to be prepared for the possibility that the guy will say, "I'm outta here."

But I say to women, "What would you prefer? Wasting one or two year of your life waiting for a dud to get around to asking you to marry him, which he won't - or wasting 5-10 years waiting for it?"

It's not like we're getting younger by the day. If a woman wants marriage, then she should stay focused. Too many men are only too willing to use a woman with no intention of ever marrying her.

Ultimatums can never be half-hearted or they really aren't ultimatums. She's going to have to make a decision sooner or later and the longer she waits, the harder it will be.

Tell her it's like pulling off a band-aid. It's better to get it over quick and deal with the sharp sting than prolong the misery.. (wry smile)

I'm glad she has you as a friend. You're speaking the truth and whether she wants to hear it or not, I hope she realizes deep down she needs to hear it. :-)

Adrienne, that's another one! I've never seen one show humiliate as many women as that one. It's just irritating. I watched it for Season One and then was finished. Everyone got on my nerves!