What I Love About Catholicism: Standards, Rules, and Vows 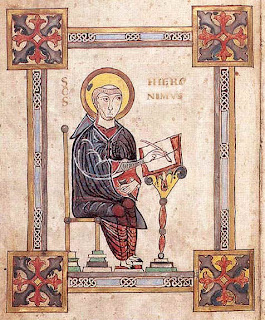 Last night, I checked my old non-denominational ministry's website, as I occasionally do, to keep up with any news. They have grown exponentially and with such growth comes challenges. I noticed there was yet another "news alert" regarding a well-known evangelist and his separation from his wife. Since I wasn't familiar with this person, I did a search. One of the links mentioned several other well-known Christian pastors who had experienced marital problems, many deciding upon divorce as the solution.

I remember years ago, my reaction when I first heard about Amy Grant divorcing her husband and then quickly marrying Vince Gill. Something inside of me died and it took time to figure out what I was mourning.

I realized as a Christian, that I had placed more well-known Christians on a type of pedestal. They didn't ask for this, I know. However, at that point, I believed that all Christians were truly putting forth every effort to become more like Jesus Christ. This meant that they didn't leave their husband and break up another marriage by pursuing someone else's. Although I realized non-Catholic churches didn't condone divorce, there wasn't an internal government system to underscore the seriousness of such an act.

What was even more tragic was that Amy and her husband at the time, Gary Chapman, led youth meetings in their barn. I couldn't help but wonder what type of example this was setting for the younger believers. It seemed to play right into the worldly thought that our own will trumps vows taken before God and their family and friends.

Which brings me to the Catholic Church. The Church takes vows very seriously. Vows are taken by priests and nuns when they enter into their Holy Orders. Standards are upheld within Dioceses and rules are followed within the catechism and canon law. It reminds us as Christians that we are not our own and have surrendered our will to God as we seek to follow Christ each day.

Christians from other non-Catholic churches are seeking to follow Christ, too. But it's almost like trying to travel without a map. It's not good enough to say, "Gosh, I'd love to visit Nashville..." and then set off with a full tank of gas. You need to have directions.

Such is our journey of faith. It's not enough to say, "I want to be a good Christian." You need to read your Bible, attend church, and hang around people who are also going in the same direction. You need to be open to being uncomfortable but realize God will give you grace for the trip. You need the guidance of standards, rules, and vows to stay on track.

I still am greatly saddened when I learn of a Christian leader's failed marriage. I know how tough full-time ministry can be and relationships often suffer. This is why I'm thinking that a priest or nun's vow of chastity is a very good thing. I know that many Catholics (and non-Catholics) have criticized this vow. They figure that a priest really can't relate to them since they aren't experiencing the same challenges as being a husband and father. But they are a "husband" - only their spouse is the Church. They are also a "father" but have many children. Shepherding a church takes a great deal of time and energy and if one is married, that time and energy is decreased.

There is a beautiful flow with how Catholics order their world. There are feast days and faith markers such as First Communion and Confirmation. There is a specific process for getting married and Baptism for new infants. There is even a special rite for those who are near death. There is comfort in knowing where you stand with the Catholic Church.

I think a single, celibate priest can give me much better on advice than a married minister because he is not projecting his own experience onto me. Yay, Celibacy!

uh...scratch the "on" between better and advice!

The Catholic Church set boundries which makes life so much easier...

A celibate priest can give good advice because he can be objective. he has training firstly secondly in the practice of celibacy he has to overcome desires which all men and women have. Thus he is able to better understand marriage from the outside and then provide help and advice to the married.
For all those who say that a priest cannot give advice on marriage casue he is not married, Jesus was also not married but he gave a lot of advice and very very sound teachings on all these matters.

Ah, but the priest and Jesus are married...to the Church :o)